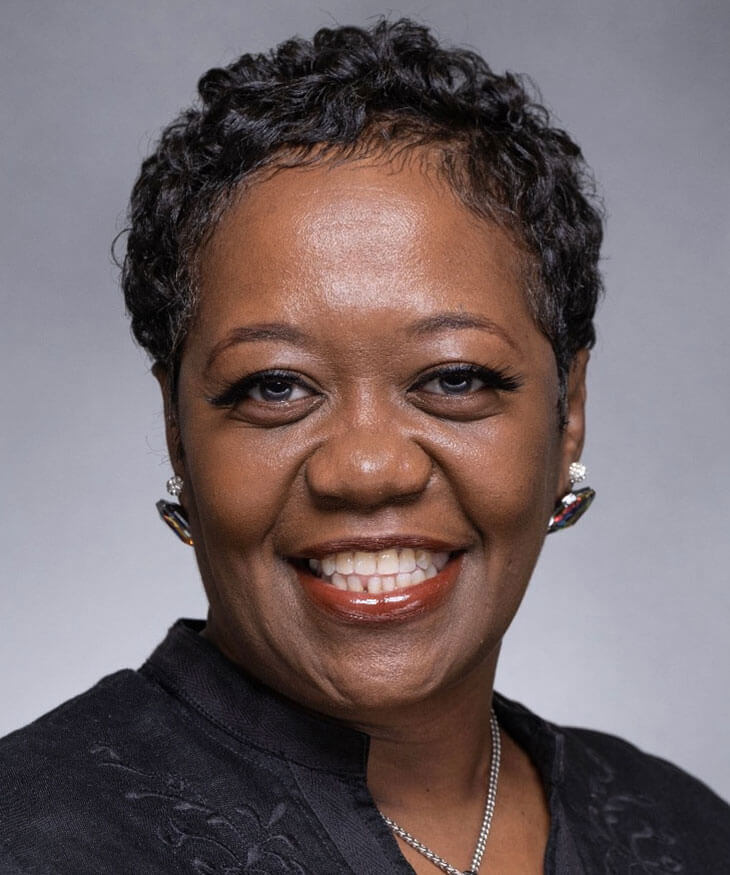 Kimberly L. Johnson, affectionately known to family, friends co-workers as Kim, was born and raised in Buffalo, NY. She attended Buffalo public schools and graduated from Grover Cleveland High School in 1988. Kim later attended Medaille College where she received a Bachelor of Science Degree in Business Administration and Master of Arts degree in Organizational Leadership.

Currently, Kim is the Senior Billing Account Clerk for the Erie County Probation Department where she is tasked with collecting, calculating analyzing and reporting the revenue for the department just to name a few of her duties. She earned certification from the New York State Division of Criminal Justice Service, Office of Probation and Correctional Alternatives as a facilitator in the National Institute of Corrections, Thinking for a Change Program. She is also a Motivational Speaker for the Ready, Set, Work program.

Although Kim is not a probation officer, she was elected by her peers as the Vice President of the Probation Section of CSEA Erie Unit, Local 815 union. She has service as a leader, for the past seven years and was recently re-elected to another four-year term. She also serves as a Grievance Representative and Union Steward.

Kim was appointed by Mayor Byron Brown to serve on the Buffalo and Erie County Public Library Board of Trustees where she currently holds the office of Chair. Each year, Kim, and other members of the board along with staff travel to Albany to Lobby State Legislators for funding for our library system.

Kim remains a loyal resident of Buffalo and is a single mother of two sons, Robert, and Michael. In her spare time Kim enjoys serving as a Wedding Coordinator and Event Planner. She is an avid bowler who travels to compete in bowling tournaments around the country. She is passionate about spending time with her extended family which has adopted the mantra: “This is Us … The Perfect Blend”